The Justice for Kurds Network of Student Ambassadors was established to bring together the brightest and most accomplished students from the United States, Europe and around the world to advocate for the Kurdish cause and demonstrate Kurdistan’s commitment to humanist values and democracy.

Launched in July 2018, the network is a student incubator created to galvanize interest in Kurdistan through creative channels, build community among engaged students and create a lasting tie to the Kurdish cause for tomorrow’s leaders.

Chosen students will act as ambassadors on their respective campuses and may choose to organize gatherings and events, share information on social networks and contribute to the Justice for Kurds website with the goal of bringing awareness of Kurdistan to their peers and beyond.

To learn more about the program, please email: emily@justiceforkurds.org 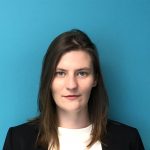 Kathryn Lynn lived and worked in Iraqi Kurdistan teaching English after completing a BA in Applied Languages from the University of Limerick, Ireland. After Kurdistan she went on to earn an MA in Writing, before going back to get another BA, this time in Economics from the University of Oklahoma. She is pursuing  an MSc in Gal Economic Governance and Policy at SOAS, the School of Oriental and African Studies, University of London. Her research interests include economic development of Kurdish regions and post-conflict economic recovery. 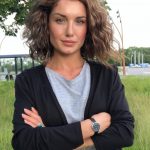 Jino Victoria Doabi is Kurdish, from Denmark and studying political science at Copenhagen University. She is the editor for Refugees Welcome DK, and of a feminist organization ‘’handletanken ligefrem’’, which means ‘’Thoughts of acts." Jino works for the social liberal political party, Radikal Venstre, which was successful in the last election. She is dedicated to the refugee cause because it is worth fighting for, and as a refugee herself, she knows how it is to feel unwelcome. Jino is also committed to supporting equal rights for all and takes a stand against discrimination of any kind. 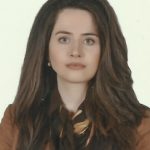 Bahar is a first year Master’s student in Philosophy, Politics & Economics (PPE) at Witten/Herdecke University in Germany. She received her undergraduate degree in Political Science from Duhok University. From 2015- 2017, Bahar was Director of Administration at the American Kurdish Organization for Development and Education. From 2012 to 2017, she volunteered at various humanitarian organizations for orphans, disabled people, IDPs and Refugees. 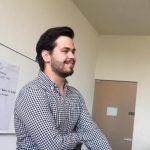 Francisco Garza
Mexico
Francisco Garza is a Philosophy student from Mexico City, focused in philosophy of culture, history of ideas, pluralist political theory, and enviromentalism. He is also interested in philosophy of mind and language.
He has volunteered in several education-oriented organizations, mainly by facilitating multicultural experiences to promote active global citizenship and peace education in Mexico, Guatemala, Italy, and Indonesia, impacting children and youth from over twenty countries. In Mexico, his volunteering has been aimed towards divulging humanities in marginalized highschools and promoting the right to recreation for children from low-income environments and ethnic minorities.
He has worked to spread the adoption of solar energy in his country, and as a consultant in human processes in both profit and non-profit organizations.
He is passionate about literature and cinema, and believes in the power of narrative ideas for the advocacy of emotional intelligence and empathy, political justice, and human rights. 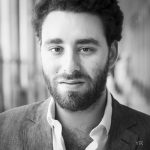 David Isaac Haziza was born in Paris and is an alumnus of the Ecole Normale Supérieure and the Sorbonne. He holds a Master’s Degree in Contemporary Philosophy and is completing his Ph.D. at Columbia University, where he is writing a dissertation on French Romanticism and its connections to politics and theology. His research focuses on the notion of redemption through sin from Sade and the French Revolution to Baudelaire.

Since 2015, Haziza is a regular contributor to La Règle du Jeu, in which he has published numerous articles on society, politics, literature and cinema. He also writes articles in the French Jewish review Tenou’a on mostly religious topics. He is an advocate for the Kurdish cause as it represents a pole of stability and enlightened Islam in the Middle East. 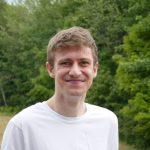 Leon Kraiem is an undergraduate student at Brandeis University in Waltham, MA, studying philosophy and politics, [with a minor in Near Eastern and Judaic studies.] Before transferring to Brandeis, Leon spent his freshman year at Macalester College in Saint Paul, Minnesota. [He also spent a year, from fall 2017 to spring 2018, studying at the Conservative Yeshiva in Jerusalem, and he is interested in the intersection of theology, human rights, and political theory.] He is a volunteer advocate at the Right to Immigration Institute (TRII) in Waltham, and is currently working toward accreditation to represent TRII's clients in immigration proceedings.

Anaele Maman is a third year law student at the Université Paris 1 Panthéon-Sorbonne. She completed a one-year course in Art History and is a member of the academic club René Cassin. She is committed to combatting political and humanitarian injustices, which the Kurds have been subjected to and which she hopes to change with her involvement as a student ambassador. 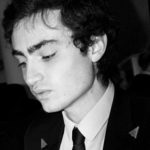 Nathan Naccache is a second year student at the Ecole Normale Supérieure and an editor at La Règle du Jeu, a literary review which promotes humanism and liberal values. In the coming months, he will publish a philosophical essay entitled “Généalogie de la religion” as well as a novel, “La porte de l’homme.” He is a supporter of the Kurds for they provide a stable bridge between the West and the Middle East which is, now, more urgent than ever before. 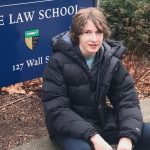 From an early age, he has always been passionate about political science and societal issues, notably the rise of extremists and other radical movements around the world. Determined to devote himself to the protection of minorities, whether racial or religious, Gabriel who has lived in Los Angeles since the age of five is also very active when it comes to helping the homeless and others left behind. He envisions a career in diplomacy and law in American or French universities. Currently Gabriel is a student at the Lycée Français de Los Angeles. He hopes his involvement with Justice For Kurds will inspire other young people to do the same.

RT @BHL: #Zelensky fights with our weapons and holds, against #Putin’s Russia, the border of Europe. Therefore, it’s not only that we help…

RT @RichardHurowitz: My @WSJ essay on the amazing communities that saved almost all their Jewish neighbors -- from Denmark to Albania to Le…